Bangladeshi most talked celebrity couple Shakib Khan and Apu Biswas have got divorced. Shakib said today many newspaper of Bangladesh from Hyderabad (India) that I have signed divorced paper on 30 November 2017 and already sent to Apu. But Apu refused to receive divorce letter. The possible breakup of Shakib and Apu is buzzing in the air, which spells disaster for the fans of the star couple. Finally, Shakib-Apu’s family broke..

Shakib sent the divorce letter to Apu on November 28 through his lawyer Sheikh Sirajul Islam, who confirmed the development to The Daily Star this afternoon.

Apu said, I did not receive the letter. I was out side of house. After reached to home I can tell about it. Asked what action will be taken by the letter? Apu said, “What will I take?” If he makes such a decision I will have nothing to do. I will sit and decide with my family members. If something happens to us, then the image of both of us will be lost. Our only son’s life will fall into a scam. Let’s see what happens. 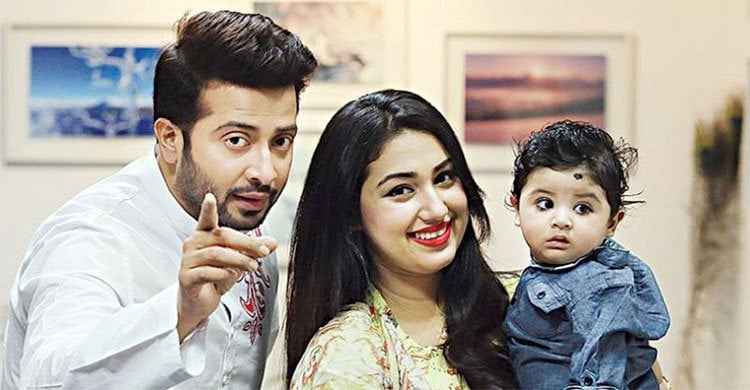 Shakib-Apu married secretly on 18 April 2008. 8 years of marriage, a son comes across his coat. His name is Abraham Khan Joy On 27 September, a clinic in Kolkata by Caesar.

Shakib Khan is currently shooting for Nolak film in Hyderabad. He did not agree to any comment.