Zimbabwe tour of Bangladesh 2020. Bangladesh vs Zimbabwe Fixture, Schedule Time Table, Team Squad, TV info. The Tigers stepped on Pakistan’s ground to do something good. But after losing the T20 series 2-0, the Bangladesh team is now in danger of being whitewashed. The third and final Twenty20 match of the series will be held at Gaddafi Stadium in Lahore on 27 January 2020. Meanwhile, Bangladesh is coming to Zimbabwe for a full tour. The Bangladesh Cricket Board has been informed of the series on Sunday afternoon.

Zimbabwe will play three ODIs and two Twenty20 tours in Bangladesh. They will face the Tigers in the only test on this tour.

Although it was previously reported, Bangladesh will be coming to Zimbabwe to play a Test and five T20s in 2020. Where the ODIs were not mentioned. But the absence of a Zimbabwean cricket team’s Bangladesh tour in 2020 on the ICC’s Future Tour plan left the matter uncertain. 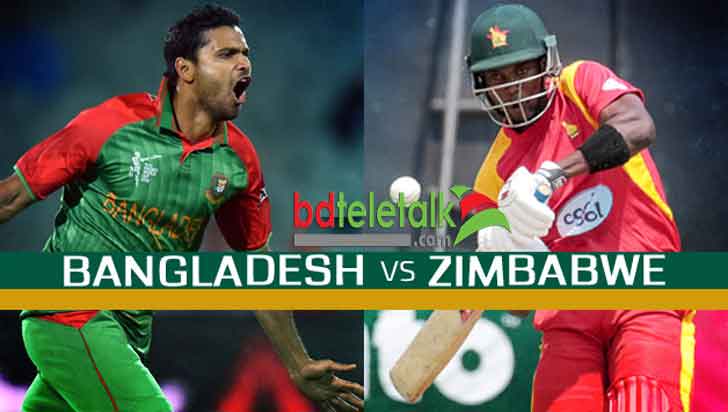 However, Zimbabwe is coming to Bangladesh finally. A little change has been made to the Bangladesh vs Zimbabwe fixture. Instead of five T20s, the game will be two T20 matches. Three ODIs have been included in the schedule.

BCB sources said that Zimbabwe will reach in Bangladesh to play a full series on February 15. The tourists will play a two-day practice match in Dhaka on February 18 and 19. Whereas Bangladesh will return on 28 January after the tour of Pakistan.

The two sides will face the only test at the Sher-e-Bangla National Cricket Stadium in Dhaka on February 22.

After the test, the team will fly to Chittagong. There will be a three-match one-day series starting on March 1 at Ahmed Chowdhury Stadium, Zahur. The last ODI will be on March 6.

After that, the squad will return to Dhaka to play the Twenty20 series. The first T20 tournament will be held in Sher-e-Bangla on the 9th of March 2020. The second and final match will be held on March 11. The tourists will fly to the country on March 12.

Even though Zimbabwe left on March 12, there is another surprise waiting for cricket lovers of Bangladesh. The two-match Twenty20 series between World XI and Asia XI will be held at Sher-e-Bangla Cricket Ground in March to mark the birth anniversary of Father of the Nation Bangabandhu Sheikh Mujibur Rahman.

BCB has not yet published the schedule for this series. It is reported that the second of the series may be held at Sardar Patel Stadium, the world’s largest cricket ground, newly built in India.

The Bangladesh Cricket Board does not publish the team squad against Zimbabwe. Most probably all the players will in the team who are playing in ongoing series in Pakistan. We will also update instantly when BCB will publish the team squad. Probable they will announce three times as Test squad, ODI squad, and T20 squad as well.