Bangladesh vs Pakistan Schedule, Fixture, Tour of Pakistan 2020. Get the match time table. Bangladesh’s cricket team has agreed to go to Pakistan. Bangladesh will visit Pakistan three times in three months. If Pakistan is visiting Bangladesh? Pakistan Cricket Board (PCB) said in a press release this evening that Bangladesh is going to play Test, ODI, Twenty20 and three editions.

The Bangladesh tour of Pakistan was suspended for a long time. Various kinds of comments have been heard by the two boards. The BCB and PCB chief and the chief executive of the two boards sat in “mediation” of ICC President Shashank Manohar in Dubai today on 13 January 2020. The PCB said it had reached a consensus with the BCB in this meeting.

According to the new decision, Bangladesh will go to Pakistan three times in three months. The first will be three T20Is in a three-match series. The Twenty20 series will be held in Lahore from January 24 to 27. Bangladesh team will come back after playing T20. Bangladesh will return to Pakistan in February. Rawalpindi will be the first Test in the series, which is part of the ICC Test Championship. 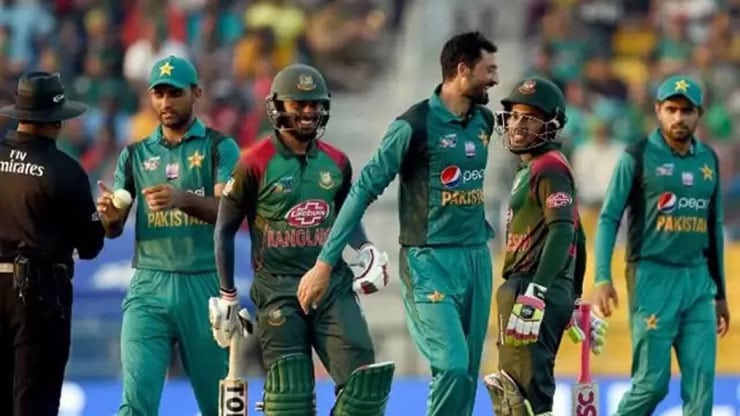 Bangladesh will return after playing a Test. One ODI has been added to the Test this time. Bangladesh will travel to Pakistan again in April to play the rest of this one-day and Test series. The tour will be the last test in ODI and series in Karachi. The Pakistan Super League (PSL) will be held in February-March. That is why the PCB said there was a long break in the Test series.

On the new schedule of the tour, PCB chairman Ehsan Mani said, “We are happy to reach a compromise in the great interest of the country and the game of two proud cricketers.”

PCB chief Wasim Khan, who was present at the Dubai meeting, said: “There has been a decision to benefit both the boards. The uncertainty about the tour was a happy ending. Now I can start planning the match well. Bangladesh will visit Pakistan three times. On the security side, Bangladesh will be given such ease that they think Pakistan is perfectly safe. This is done for all cricketing countries. ”

Although the PCB reported, the BCB has not yet made any formal statement. BCB’s media department said they would report the matter soon.

April 5-9, The second test at Karachi

Young pacer Hasan Mahmood has been named as a big surprise in Bangladesh’s Twenty20 squad. There have also been several changes in the team.