Apu Biswas is a versatile actress of Dhallywood. She is very much talented and got a huge popularity among the people within a short time. She took the Bangla Cinema to a new stage in the film industry. Undoubtedly she is dominating the Bangla film industry. Her acting talent just made her popular with the audience. She had acted in more than 55 Bangla cinema just only in ten years after starting her career. She had won many awards for her creativity and performance.

Born : Apu Biswas, was born in a Hindu family on 11th October 1983 in Bogra District. Her father was Upendronath Biswas and her mother was Shefali Biswas. Currently, she is living in Dhaka.

From her childhood, Apu Biswas was very much fond of dancing and singing. From an early age, her passion for dancing and acting came out. She learned to dance from Shilpakal Academy. To build up a career in the showbiz arena, she was encouraged by her parents. She got married to Shakib Khan. Also, divorced within 2 years. She has a son named, Abraham Khan Joy. 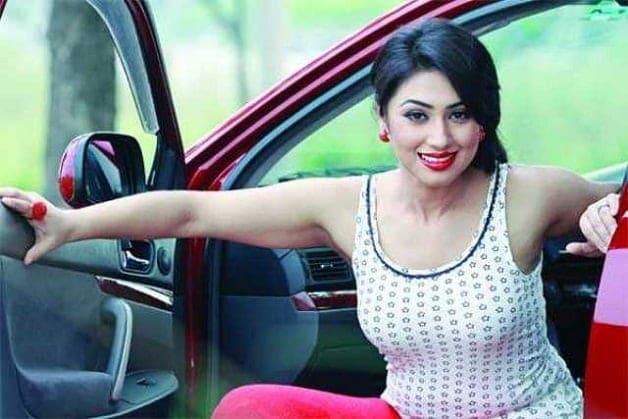 Apu Biswas starts her career in acting. Her debut film in bangle cinema industry was “Kal Shokale”, which was released in 2006. But this film was unable made proper response. Her acting talent in “Koti Takar Kabin” got a huge response from public as well as from the film industry. This film helped her to establish her permanent position in the film industry. In the year of 2007, her film named “Dadima” was an extreme super hit film in Bangla cinema history. In a good number of her films she has co-starred with Sakib Khan. Her pair with Sakib Khan is considered to be the best movie couple in the bangle film industry. Often, She is cited by the media as the most prominent actress in the film industry. In a short time, she made herself a high-profile celebrity in Bangladesh.